LAST CHANCE to Submit to the 2012 YoungCuts Film Festival

The final deadline for the YoungCuts Film Festival is July 2nd. (In practice, Monday is a holiday in Canada and we are flexible, so you have plenty of time to sneak in your film at the wire.) But don't wait! Submit today!

Here is how to submit:
http://www.youngcuts.com/static/how_to_submit_to_the_2012_youngcuts_film_festival

Remember that we have added a Master Class section this year for filmmakers 26-29, so we are accepting films from any young filmmaker 29 or under. 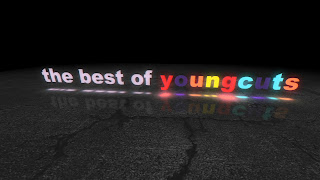 Earlier this year, we were able to broadcast 10 short films from the YoungCuts Film Festival as 2 TV specials presented in High Definition on the HIFI channel.

Now, you can watch those two specials online for FREE!
http://www.youngcuts.com/best_of_youngcuts

Each summer ReelWorld Film Festival and Foundation selects 20 diverse emerging producers, directors, screenwriters or actors to participate in our annual Indie Film Lounge happening September 12-13.  These E20 and are given the opportunity to meet, network and pitch at one-on-one meeting with established  producers, directors, writers, actors, funders, agents, broadcasters, distributors, and union reps.  If you are working on a project or want to move your career ahead in the right direction than apply now or e-mail industry@reelworld.ca

Almost every day, we are featuring images from films submitted to this year's festival (or from previous festivals) along with discussions and advice inspired by those films.

At the request of many schools, institutions, students and young
filmmakers, we are extending the YoungCuts Film Festival deadline until July 2nd.

This year, the YoungCuts Film Festival (est 2001) celebrates 11 years of presenting Great Short Films by the World's Best Young Filmmakers. Every year, we watch more than 1,000 films from over 30 countries to pick our Top 100 International Short Films - which we present in Montreal at the end of September.

One of our key objectives is to help young filmmakers develop their filmmaking careers. In addition to showcasing their films at the YoungCuts Film Festival, we have helped place filmmakers with major studios and television broadcasters, landed them gigs filming major feature films, had their films broadcast on television (and on planes!), helped them get selected in partner film festivals, and engaged them to work in more than 500 film and television productions across North America.

If you need to jump start your filmmaking career, we are an excellent place for them to start. At the very least, since many festival professionals regard us as the source of the best short films by young filmmakers, submitting to the YoungCuts Film Festival often results in the films being selected by other international film festivals.

REMINDER: We added a "Masterclass" section this year for filmmakers 26-29, meaning that we program films by any young filmmaker 29 years old or under.

Here is information about how to submit individual films:
http://www.youngcuts.com/static/how_to_submit_to_the_2012_youngcuts_film_festival We are pleased to announce that Audrey Meubus, director of Sweet Tooth, has been chosen as the winner of the YoungCuts Film Festival Studio Technique Animation Prize. This means that Audrey won a free seat in the one day Studio Technique intensive animation course given by legendary Disney Animator Andreas Deja (designer of Scar amongst many other accomplishments). Audrey (and her film) were chosen from amongst 50 short animated films submitted to the contest. We are also pleased to make Sweet Tooth the first film chosen to be amongst our Top 100 International Short Films at the 2012 YoungCuts Film Festival. The 50 short animated films (and more than 150 live action films) are available to watch on the YoungCuts web-site for subscribers (and film submitters)
http://www.youngcuts.com/static/festival_audience_subscription_payment

Use YCNL5 as a coupon to get $5 off the cost of a subscription.

You can also use that coupon to reduce the cost when you submit your short film (animated or live action) to the YoungCuts Film Festival. SUBMIT TODAY!

You can watch Sweet Tooth for free on the YoungCuts web-site here:
http://www.youngcuts.com/sweet_tooth

***InkTip: Getting the right script into your hands.***

In 2011 alone, 29 movies were made from scripts/writers found through InkTip!

Over 150 films have been produced from scripts found through InkTip with a current average of 19 films produced per year.

To see our IMDb profile, click here or go to IMDb.com and search for ‘InkTip’.

Watch the InkTip Explained video: in less than 2 minutes, see how InkTip works for you.

On Saturday, September 22nd, InkTip is hosting the Pitch Networking Summit where you can pitch an average of 40 companies in a single day!

Like the YoungCuts Film Festival on Facebook to get daily updates on some of the great short films that we are watching and suggesting that you watch.
https://www.facebook.com/youngcuts