Films in this screening are short-listed for the MyFilmmaker.com Best Actress Award. 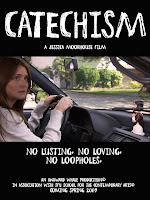 Catechism by Jessica Moorhouse, Canada A quirky comedy about love, lust and doing the right thing, all while trying to avoid the burning depths of hell.

Scarecrow by Sarah Blevins, Canada Transcending the shadow of looming death cast by leukemia, an eight-year-old escapes into a ripe realm of abundance and freedom.

A Sister's Love by Christopher Mitchell, USA A young woman is struggling to cope with her mentally ill sister.

Tucker by Zia Marashi, Canada A comedy about a teen mother who must care for a rapidly aging child who has an agenda of his own. 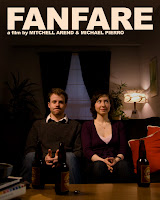 Fanfare by Mitchell Arend and Michael Pierro, Canada A confident young lady meets a kinda cute young guy for dinner and embarks on the journey that is a first date.

Lily by Claire Sanford, Canada An exploration of guilt and grief through environmental sound, rhythm and the emergence of music.

Nel Reinu by Victor Suarez, Spain Following the death of his father a man returns to the home he ran away from thirty years ago.

If Key-Lime Pie Could Scream by Amanda Fahey, Canada Devastated by a recent break-up, a woman starts the latest fad diet.

Batter Up by Josh Webber, Canada Family film based on a true story.
Posted by Michael "Llakor" Ryan at 10:37 AM